Anyone who has examined or taken apart an electric motor has likely noticed that the shaft is often steel and the bushings are often brass or bronze. This combination of materials is often chosen because such materials slide easily together – they have a low coefficient of friction.

Static coefficient of friction is the ratio when the objects are stationary relative to each other.

The charts below gives the static coefficient of friction for several combinations of materials in a dry and clean state:

For other pairs of materials:


For material to same material:

There are many method of reducing friction. For example, wheels and ball bearings change sliding friction to rolling friction which dissipates much less energy.

Lubricants, such as oil, water or grease, placed between surfaces, can reduce the coefficient of friction substantially.

If you need custom mechanical parts machined – we would be pleased to quote your job using conventional CAD files or you can use our unique free CAD software where you can: design your part quickly and easily, get instant pricing, and order online. 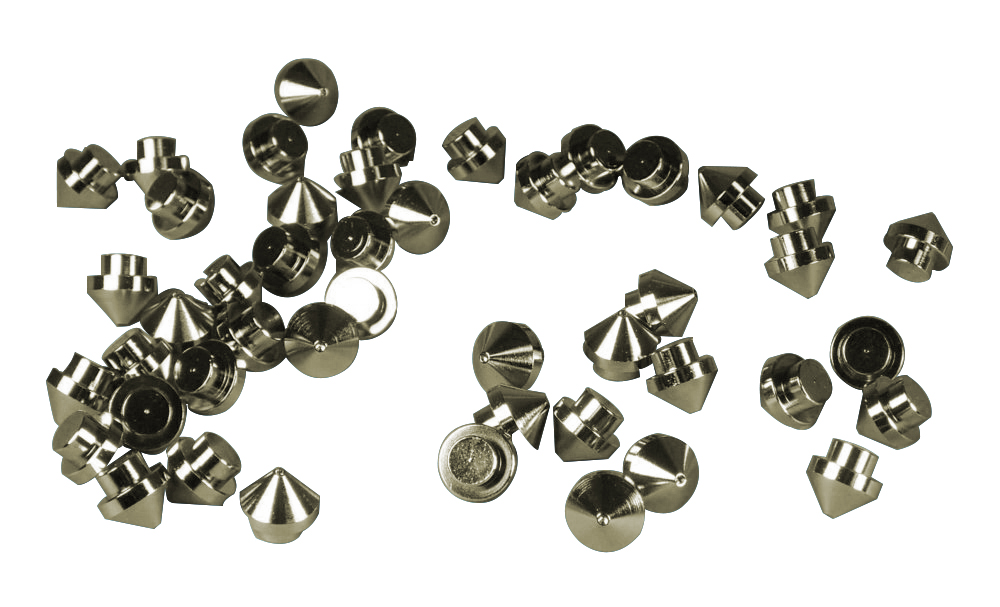 The ultra-high performance Quark spinning top uses a tungsten ball pressed into this aluminum cone and spins on a glass surface. Although glass and tungsten do not have very low coefficients of friction their hardness results in a very low contact radius which is an overriding factor.
GET FREE CAD REQUEST A QUOTE