In GD&T, position is a versatile tolerance that can be used to control location, coaxiality, orientation or axis offset of a part feature or axis.  Position tolerance is generally applied to features important to assembly like holes or slots, and it is often included when performing a tolerance stack.

An example of position tolerance is shown below.  The top figure shows the position symbol applied to two holes.  The boxed symbols can be read "relative to datums A, B, and C, the position of these hole centers shall lie within a cylindrical tolerance zone of diameter 0.3". 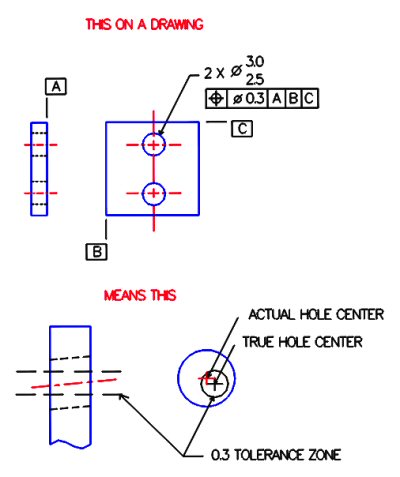